An exercise in personal reflection, a life review can help women make peace with your past, increase self-awareness and insight, and embrace positive change. Aleney de Winter chats with Peter Quarry – internationally known psychologist, speaker and author – about the enormous benefits of conducting your own life review.

ave you ever felt like you're metaphorically treading water? You know the feeling - like you’re going through all the right motions, but you’re not really getting anywhere and are feeling bored with the same old same old.

In the first phase of our lives, there’s youthful enthusiasm, a bullet-proof mindset, and the benefit of time to keep us moving. But for many, hitting middle age can leave us feeling frustrated, stuck and, for want of a better word, meh. But it doesn’t have to feel that way. Undertaking a live review, can not only help you make sense of what has been but re-energise you to leap into the second phase of life with as much energy as you had as a teenager, only with slightly creakier joints and reading glasses.

It’s a concept popularised by Jane Fonda who described the process of a life review as achieving a peace and self-awareness that she’d never experienced before, as well as helping her to identify “regrets that need attention and dreams yet to be fulfilled.”

So, what exactly is a life review?

Essentially a life review is an exercise in personal reflection and self-examination that involves stepping back from the day-to-day bustle of life to take a big picture look at you. It’s the process of writing your life story to date, almost as if you’re writing an autobiography. It is an exercise in recollecting, evaluating, and attributing meaning to memories that can help you to make sense of where you’ve been, understand where you are at and work out how you want to move forward.

“Socrates famously said that ‘the unexamined life is not worth living’ and I agree with him” says Peter Quarry.  The internationally known psychologist and speaker believes that some people avoid a life review because they are fearful of what they might have to confront while others simply don’t know how, or where to start but believes they are such a great thing to do he did it to himself and then shared the results, warts and all, in his new book, ’If I Were You – a psychologist puts himself on the couch’.

“No matter what your age, taking the time to examine your life can help heal old wounds, deepen your self-knowledge and provide opportunities to make improvements, large or small,” says Quarry.

“When I started the project, I had no idea it would turn into a published book. I just thought it would be an interesting exercise to do, for me. But about two thirds of the way into it, I realised that I wanted to share this with others because I genuinely believe there is much to be gained from doing this.”

During his own life review he experienced a cathartic range of feelings while writing about his life, that ranged from joy, amazement and pride to sadness and anger. Quarry had a particularly challenging childhood. His father died when he was three-years old and his mother, who had lost a child at birth before he came along, was overprotective. But his mother couldn’t decide where to live, so a large part of Peter’s childhood was spent on the road, without roots. This left Quarry feeling angry and resentful.

“Why me? Why did MY father had to die? Why couldn’t I have had a normal childhood?” Quarry asked. “These feelings of victimhood spilled over into my adult life. It was not until I did my own life review, that I was able to look back, understand and forgive my parents – they did the best they could”.

Perhaps more significantly, Quarry used a psychological technique known as ‘reframing’ to take a look at that period of his life from a different perspective.

“Instead of feeling a victim, I realised that the difficulties I encountered as a child taught me resilience and adaptability – two life skills that have helped me immensely in later years, putting those old ‘victim’ ghosts to bed and feeling better about my past,” he says.

How can a life review benefit you?

Peter believes there are three main benefits in performing a life review. The first of these is allowing yourself to understand and make peace with your past.

“Many of us have issues from our childhood or youth, which we carry with us into adulthood. Many have had difficult childhoods, possibly coming from broken families or abusive environments. Some had problems at school, getting bullied or dealing with their identities or sexuality. Perhaps early relationships didn’t work out. The effects of these traumas can be long lasting” says Quarry, who points out that psychological studies have shown that writing about negative experiences can be beneficial and sometimes reduce psychological and even physical symptoms.

“For example, a woman I know had an extraordinary flash of insight while reading my book” says Quarry. “Now in her mid 60s, she had recently broken up from a ten-year relationship because her partner was procrastinating about buying a house with her. In her mind, she associated buying a house with commitment and she felt he wasn’t committed.

When she was doing her life review, she remembered her first big love affair way back in her early 20s. The man had promised to buy a house with her, but suddenly left her. This trauma left her with a belief that buying a house together equals commitment. This irrational belief lingered all these years later and had sabotaged her more recent relationship. She now sees that a man can be committed even if, for whatever reason, he doesn’t want to buy a house with you. This realisation has freed her.”

The second benefit of taking such a long, hard look at yourself is increasing self-awareness and insight which will lead to better self-understanding.

“You come to see how you operate, what your ‘hot buttons’ are, and how others experience you” explains Peter who points to the huge amounts of psychological research that have repeatedly shown that people with higher levels of self-awareness, or insight, are more successful at school and work, have more satisfying relationships, and make better leaders.

The third, and possibly the most important benefit of a life review is that it allows you to make changes and move forward.

“When you have a deeper understanding of your past, and a clearer picture of who you are now, you can think more accurately about your desired future. What do you want to do more of and less of? What patterns of behaviour or thinking do you need to alter? What goals do you cherish that are yet to be fulfilled?” asks Quarry.

“There are many ways to plan for an alternative future, including doing bucket lists and setting SMART objectives.”

One technique Quarry used in his life review was to write the story of the next chapter of my life, from the perspective of his future self.

“So, at 65, I imagined that I was 80 looking back over the previous 15 years. It was an extraordinary exercise that helped me pinpoint some crucial changes that I wanted to make, as I get older.”

How does one go about conducting a life review?

Peter explains the process in detail in  ‘If I Were You – a psychologist puts himself on the couch‘ and provides readers with a tool kit to confront any curveballs inevitably heading their way. But put simply he suggests the following three step plan…

STEP 1: Write the story of your life, as it has happened so far.

To make this easier, Quarry advises breaking your life down into a number of chunks, or what I call ‘eras’” says Quarry, who suggests aiming for between eight and 12 eras.  “An era can be defined any way that makes sense to you – it could be your 20s, when you were in a relationship with Freddie, when you had pink hair, when you lived in the house by the sea… whatever,’ he says.

STEP 2:  Analyse your life during that era by asking questions.

Quarry explains that there are two paths of questioning to follow. The first applies to any era and could include question like;

The second path of questioning is more age specific. Of your first few decades, when you were forming romantic attachments and long-term relationships, Quarry suggests asking questions like;

“In our 40s, we face mid-life issues that require us to re-evaluate the directions of our lives. Chief among them is the need to redefine our life purpose” explains Quarry, who suggests the important questions we need to ask ourselves at this stage are;

Our 50s and 60s see us grappling with issues around ageing. “These include the loss of youthful beauty (as defined by a very ageist society we live in), physical impairments and the fear and anxiety of impending old age.” says Peter.

Questions and this stage need to focus more on letting go of past issues and accepting the passage of time.

STEP 3: After writing out the story of your life, and then interrogating it with a series of questions, summarise what you’ve gained.

“Life is short and goes fast” says Quarry. “Don’t stop having dreams, even if the pandemic might have put a temporary halt on many of them. This era will pass. Think big about your life and don’t settle for anything less. And don’t give up on love!”

Peter Quarry is an internationally known psychologist and speaker. His latest book, ’If I Were You – a psychologist puts himself on the couch‘ is available now in all good bookstores and online.

Disclaimer: This article provides general information only, and does not constitute medical advice. If you have any concerns regarding your health or mental health, seek appropriate medical care or contact Lifeline on 131 114.

Divorce Detox: A Wellness Getaway With a Difference 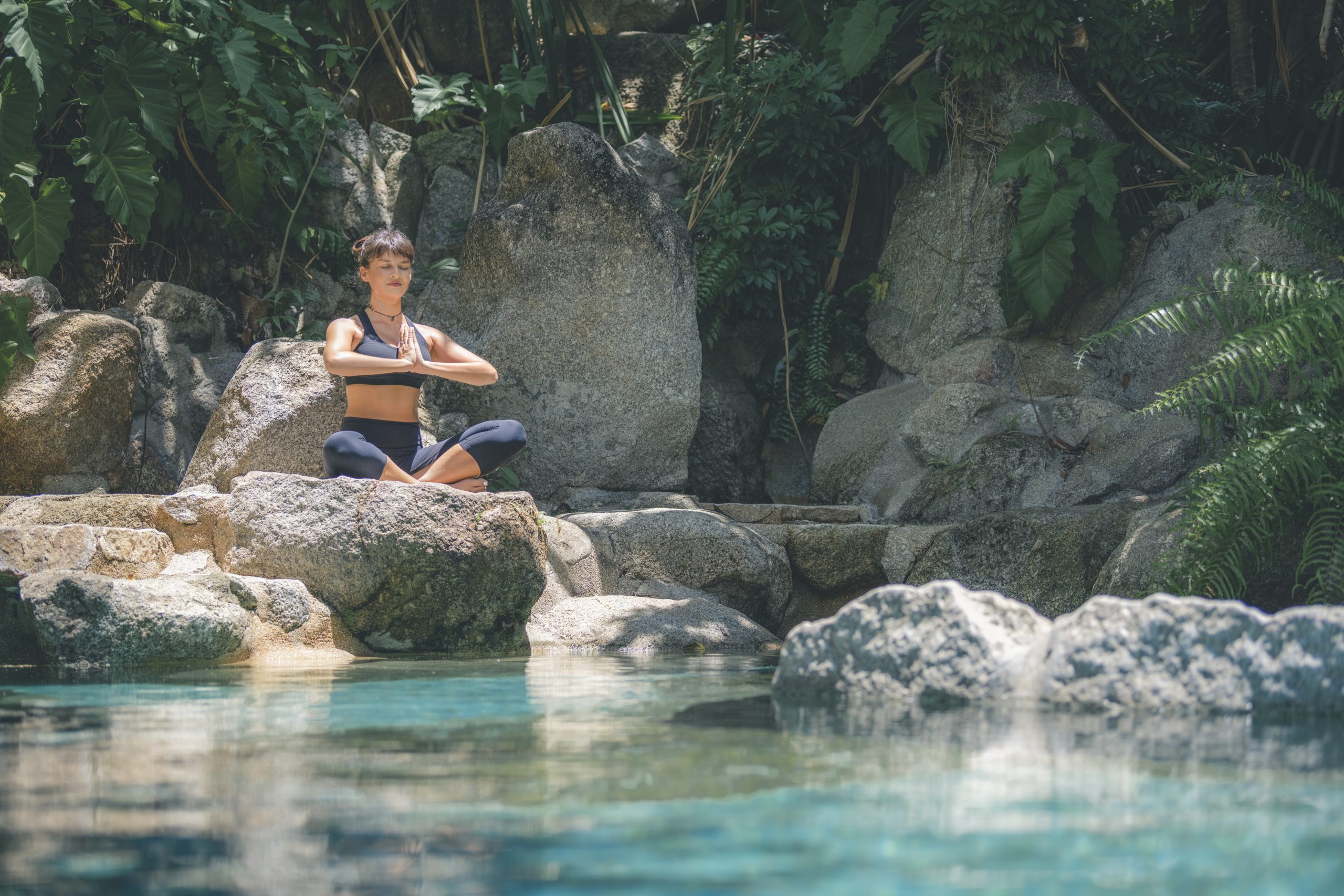 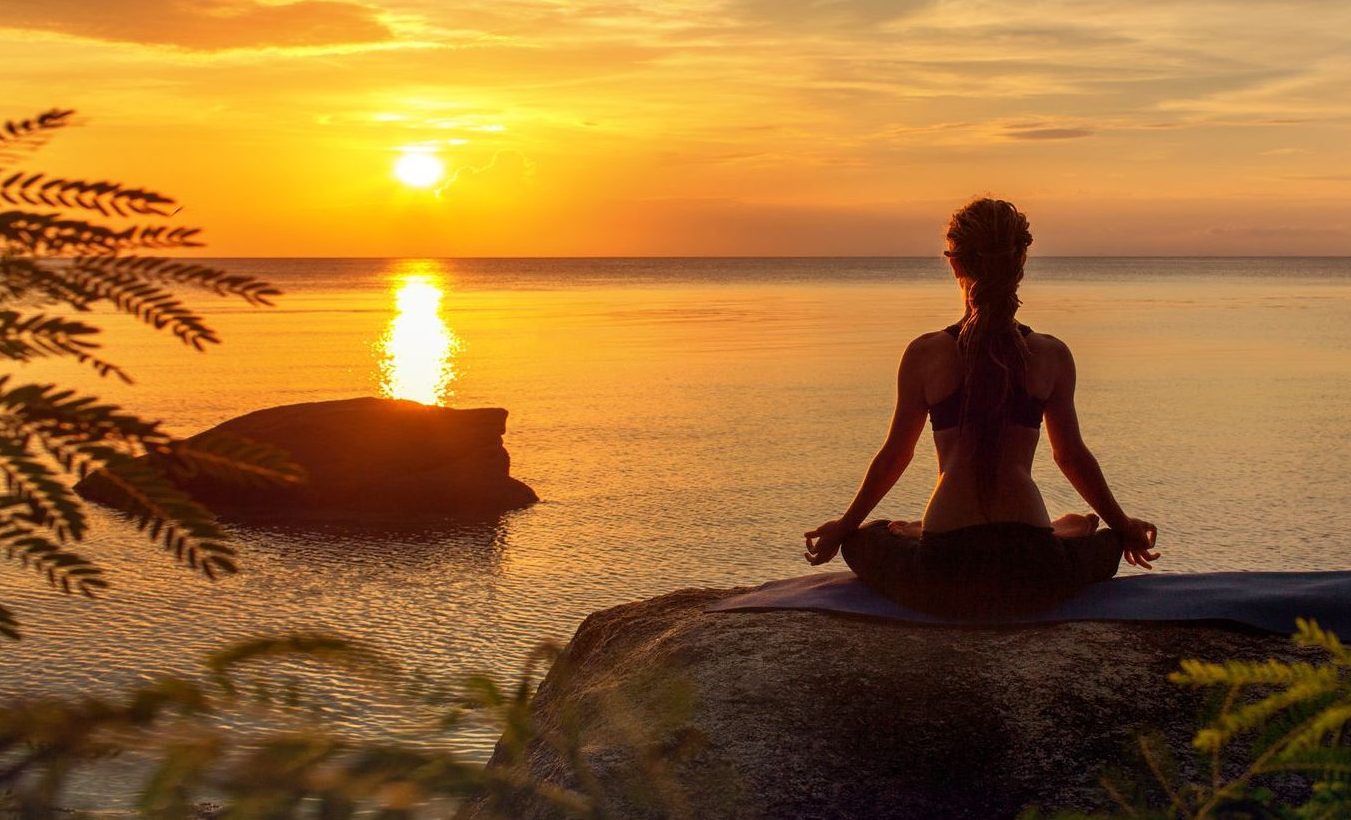