Issue 6 – What I’ve learned about my Thyroid 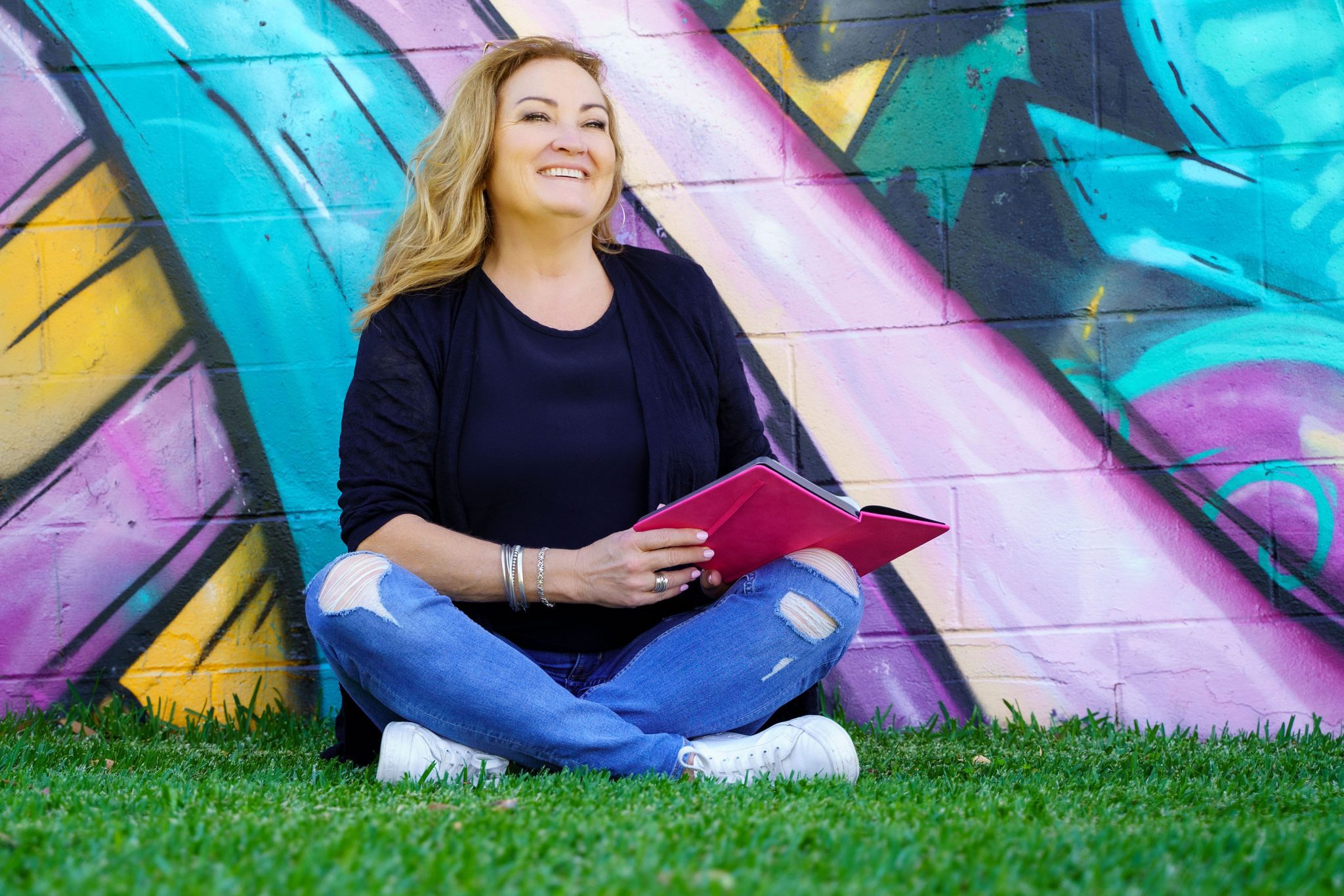 Seriously, who knows anything about their thyroid? I certainly took the little butterfly in my neck for granted. At least until a large growth was discovered during a routine scan.

My thyroid knowledge was starting from a zero base.  When my GP, who had sent me in for an MRI on my cervical spine to see how my degenerating discs were behaving, called me in to discuss the results, the results were unrelated to my crumbling discs.

I was instead advised that I had a goitre – a what? – a 5 cm round growth in my neck, and it really should be investigated. So off I marched to Mr Endocrinologist. Mr E reassured me it was likely to be benign, and nothing to worry about, but that it would be best to check it out. So off I went to the hospital for a biopsy.   Feeling reasonably reassured by Mr E that it was likely to be nothing, we embarked on a road trip during a break from COVID lockdowns. But as I was enjoying a wander through history at Trial Bay Gaol in the sublime South West Rocks, on the NSW coast, I received a call from Mr E who informed that, in addition to the tennis ball on the right side of my neck, there was a ‘gaggle’ of other smaller growths on the left side of my dear sweet butterfly shaped thyroid. The problem was the biopsy returned an atypical result.

‘We can’t tell if it’s malignant or benign’ he said. ‘But we can leave it for 3 months and see if it continues to grow, or we can go in, get it out and test it. If we discover it is indeed sinister, we can go back in the next morning and take out the whole thyroid. If it’s benign, we’ll just take half and see if you will need lifelong meds after we test your thyroid function’.  Sure, I’ll wait 3 months to see if I’m a ticking time-bomb. Not!

The hemithyroidectomy was a success.  Fortunately, it was benign and fortunately, the remainder of my thyroid does function well, so no meds required. Yet.

However, it was at this point I really started to question the ‘reassurances’ that there were absolutely no side-effects for the removal of part or all of a woman’s thyroid.  To me, just like the tonsils, adenoids and appendix, the thyroid has a reason for being. Sure, we need to remove them if they become toxic, but I couldn’t see how there could be no consequences.

I, do of course, like to be right, but on this occasion, I was hoping he was.  He wasn’t.

Instead it was like a wrecking ball. On waking from surgery, I felt I couldn’t breathe, like I was having an asthma attack, something I hadn’t experienced for many years. It continued on arrival home the following day and I realised I had no Ventolin, there was no one home (for a few days), probably making me more freaked out. But I couldn’t drive with stitches in my throat, so I called an ambulance.

Irrational maybe, but I thought they could just give me a nebuliser to calm down the asthma, but of course they couldn’t leave me with it. They had to take me to the hospital.

After a few hours in the ED and multiple tests, questions and toing and froing, it appeared that this wasn’t asthma. It was in fact, a panic attack. So bad, I literally couldn’t catch my breath.

Discharged, I got a taxi home, grabbed a Ventolin at the pharmacy on the way and calmed myself down, not really believing it. Yet, it continued for the next few days. At no point did I connect this with the surgery. I’ve always suffered anxiety, so I assumed it was just increasing in vigour.  That was until I caught up with my sister-in-law who, due to a hyperactive thyroid, had the whole thing removed some years earlier. I explained the panic attacks and told her I had no idea why these suddenly came on. She exclaimed, ‘I do!’

Her experience with panic attacks, a condition she never had before, nor even anxiety, became a major issue for her for some time after having her thyroid removed.

To you Mr Endocrinologist, who refused to admit that removing part or all of a thyroid had any consequences, here’s what I’ve since learned about what our thyroid, a vital part of our endocrine system, does for us.

All this plus our thyroid hormones play a vital role in the seamless functioning of the reproductive system,  directly and indirectly, affecting the ovaries and uterus and our hormones.

Pulling Back the Curtain on Perimenopause

What is EFT Tapping and Does it Really Work?