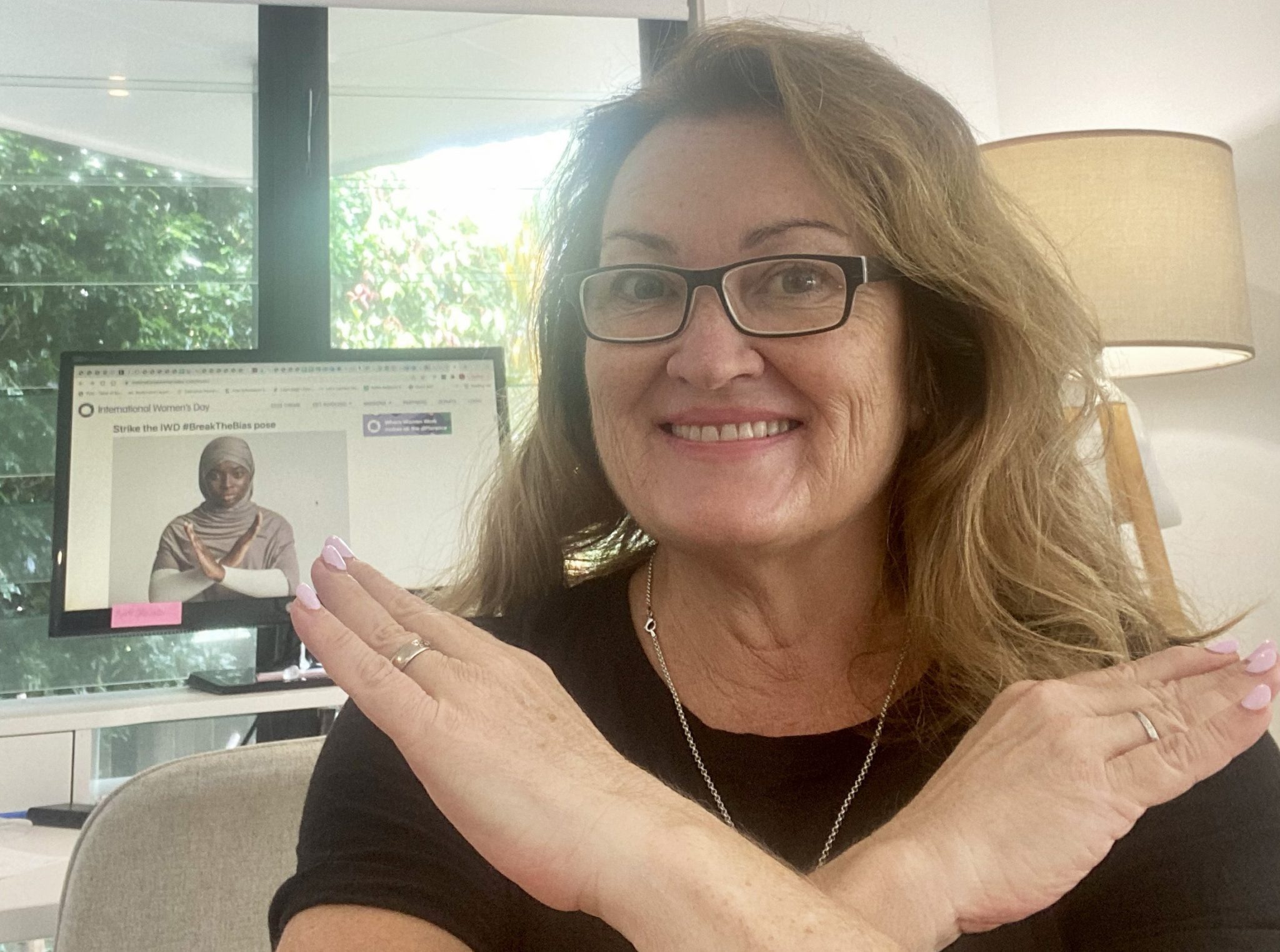 A world free of bias, stereotypes, and discrimination.

A world that is diverse, equitable, and inclusive.

A world where difference is valued and celebrated.

Together we can forge women’s equality.

Collectively we can all #BreakTheBias.

The theme of this year’s International Women’s Day is #BreakTheBias. Now in its 111th year, the wonderful Global Day of Celebration of the social, economic, cultural, and political achievements of women, is also a call to action.

It fills me with despair to think that even after all these years, women are still battling to be recognised as equal to men. Sure, we have come a long way over the last century, but at a snail’s pace. My mind boggles that we still need to demand cultural change. Over the 111 years since the official honouring of IWD, we’ve ‘earned’ the right to work, to vote, to get an education (in many but not all parts of the world), to hold office and to own and run businesses, yet we are still not paid equally or represented in equal numbers in business or politics. Sadly, according to the World Economic Forum, we are unlikely to see gender parity in our lifetime…

But what is even more alarming is the prediction that this won’t happen even in our children’s lifetime as The World Economic Forum believes it’s unlikely to be attained within a century! Can you believe it?

Youthful naïvety is a wonderful thing. When I moved from my country town to the big City of Sydney at the age of 15, I had big dreams, limitless ambition, was bold, energetic, and was buoyed by a massive sense of freedom. I was convinced I could do anything. I’d had the shackles removed and in my mind I felt free.

This same youthful naivety extended into the concept of feminism. It was an oft discussed view that I thought inhibited women instead of creating opportunities for us based on merit. Need I say it again? I was so naïve, but I soon saw the light.

I didn’t start to see the ‘concrete’ (it was fortified and not at all transparent) ceiling until I began to climb the corporate ladder. The roadblocks became larger with each rolling year, and it soon became evident it was because I had a uterus. One employer even said, “Oh, you’ll just go and have babies” when I applied for a role. This was just one of the many patronising and highly offensive remarks tossed my way during my career.

The other significant and vitally important byproduct of gender inequality is violence against women. It is the one that needs the loudest voice however, it is likely that this too will take generations to eradicate. Because, until the culture of inequality, conscious or not, is changed, and we raise our position to that of our planet partners, this inexcusable problem will not be eliminated.

While women have much to be proud of, and we have made leaps, in the last 111 years, there is still so much more work to do. And there is no time for complacency. This can’t be the legacy we leave our grandchildren. We must continue to recognise, celebrate and agitate for our right to equality.  And by continuing to speak up for our rights, we pay our respects to the 15,000 brave women who, way back in 1908, marched through the streets of New York City demanding shorter hours, voting rights and better pay.